How A Cat Nap Helps To Be More Productive

How a Cat Nap can help you to be more productive

A short nap during the day was in the past common for the people.
Even today in hot countries people have an afternoon rest or siesta, to be able
to do their work in the evening when it cools down. In the busy schedule of our time,
we forgot and even frowned on having a cat nap.
But even research shows that it is good for us. 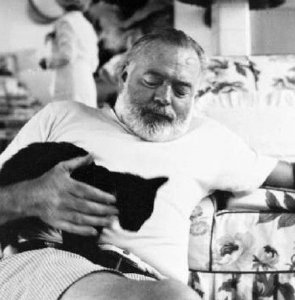 Many people get tired in the afternoon and can not focus. What was usual in the past to make a nap we do not allow ourselves anymore. But this is not good, people would be more productive and focused after a short nap.

Read also an article by Dr. Jose Sandoval, he is a licensed clinical psychologist, ISSA certified fitness trainer and Integrative Nutrition Holistic Health Coach > How napping can renew you…

Famous people like Albert Einstein, Edison, Winston Churchill, and many other of the world’s most influential people took short naps and had their best Ideas coming after a cat nap.
Thomas Edison is known for taking a cat nap to find his best ideas.

No coffee can replace a nap, it is really powerful and it
would help many to be more productive.

There are a lot of studies and research on how long and how to do a nap, some say 15 min is
enough, some say 30 min. I think everybody is different and it may depend on the time in life
as well.
For me, the natural way is always the best.
Edison, for example, used to hold something in his hand and did sit in a comfortable chair when
he took his nap. By the time when he was totally relaxed his hand opened and the stone or whatever
he was holding, fell down and this waked him up.

It is said that this increases the adrenaline level and one becomes as clear and alert, as after an 8-hour sleep.
I can tell yes this works and I did this often. In the past, I did experience that when I was tired and sleepy and wanted to finish something, I had to do it again the next day because it was not how it should be.
I am sure many people who work until late faced the same issue.
So why, not take a short cat nap in the afternoon, to be alert, productive, and focused.
It is less stressful and the work results are better.

The Cat Nap during the day

Studies have shown that the effect of short sleep in the afternoon noon promotes concentration.
The short nap during the day, this so-called catnap has only advantages. because at noon, most people fight with fatigue and lack of concentration.

This is anchored in the human biorhythms and we cannot explain it by a lack of sleep at night. Also, we cannot avoid it with coffee or tea.

Whoever suffers from afternoon fatigue or does not get enough sleep in the night, a short nap during the day will help to increase attention by 100% as a study of the NASA demonstrated.

The cat nap has been investigated in numerous studies and to read them all can be confusing.
This is what they say in short.
It has a positive effect on short-term memory.
Increases performance.
It reduces the weight: Tired people have a greater appetite for fat and sweet foods.
Also, t protects against heart disease: a noon sleep half an hour a week 3 times, can reduce the risk of a heart attack by 37 %.
It makes a good mood: someone who has not slept enough is quickly irritated. A nap increases the levels of serotonin in
the blood, a hormone that lifts the mood.
It prevents fatigue.

How to do a Cat Nap

Who is at home, or even in the office, can integrate the cat nap in the lunch break: Sit in a comfortable chair or couch put the feet up. Close the eyes and relax.

You should support the head or put the head on the desk. It is not necessary to sleep lying down.
The cat nap should not take more than 20 and 30 minutes. If one falls asleep for more than an hour he will feel irritated, confused, and tired and exhausted afterward.

The optimal time for a cat nap is 13 to 14 minutes. and best after eating because the body can then focus all his energy on digestion.

So why not do a cat nap if necessary, when it is that healthy and good for us?
What do you think, are you cat napping sometimes?
If you never thought of a catnap, after reading about the benefits, do you consider doing it?
Please, let us know.