Our Parents Are Doing It All Wrong And We’re Just Ignoring Them – WHY? WHY? WHY?

Parents doing it all wrong? This Is The Most Crucial topic About Which no One Write About On Their Blogs Or Anywhere On The Web But I Want Cover This Today — Everyone says that We Love Our Parents & Same I do But There Are Many Points which even our parents are doing wrong FROM THE Beginning and they need to be discussed

Of course we have to owe many things to our parents & most are which we even can’t return them back again but still, you need to think again guys

My Mom-Dad did a wonderful job raising me & my brother. I really appreciate them from the deep of my heart but still, I found many things which even my parents are doing from the beginning but previously I use to think that — No one is going to GIVE A SHIT ABOUT IT 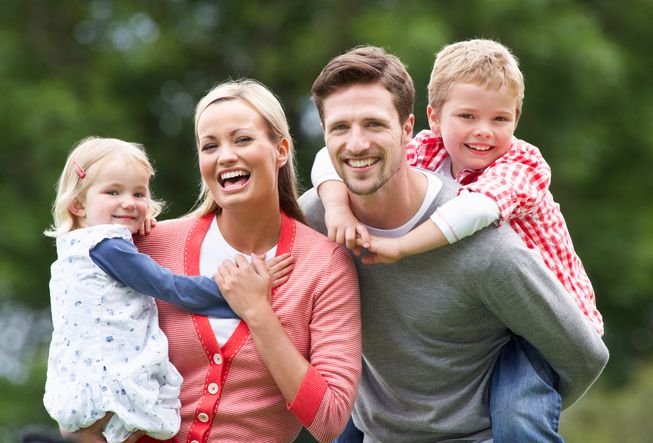 If I’m even going to publish an article about It

Let me start the real story…now

I Will discuss each & Everything Point-By-Point 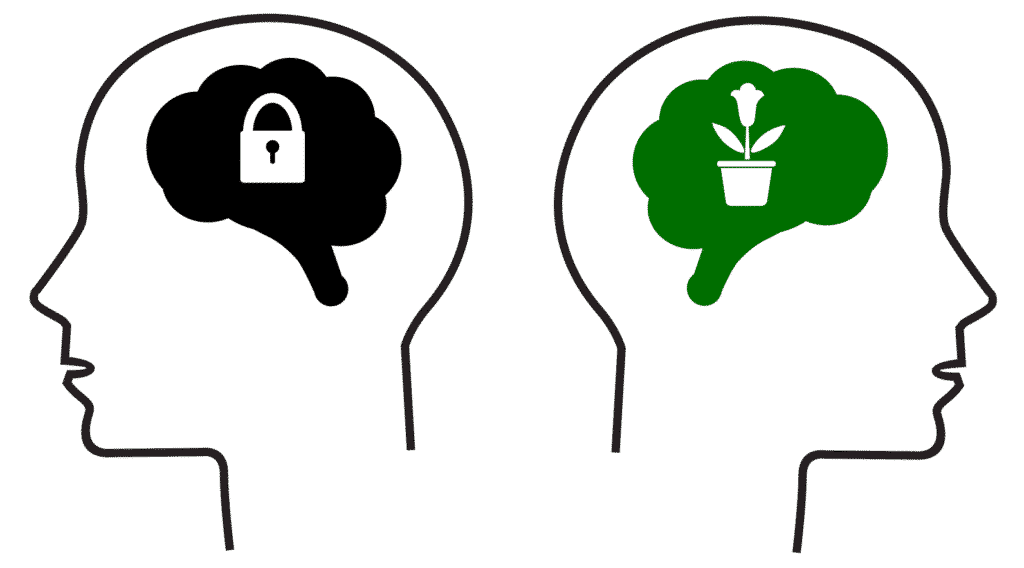 From the very first day, I only heard one thing from my parent’s mouth that “BETA” [SON] you need to find yourself a Govt. Job as soon as you grow elder because they’re more stable and you will also get PENSION….bla….bla…bla

Although I Appreciate them that I Studied in a “PRIVATE SCHOOL” After 8th Grade because they thought “PUBLIC SCHOOLS” are not good enough for their child but I want to put this issue Out that they always thought one way that I Only need a Govt. Job after My School/College

The Other Option he gave me to Join any Sports & make a better future there and the same I Did by choosing “BOXING” as my Career Option after completing my Secondary School Studies but there also my dad wanted me to “FILL GOVT. JOB FORMS” to give it a go along with sports 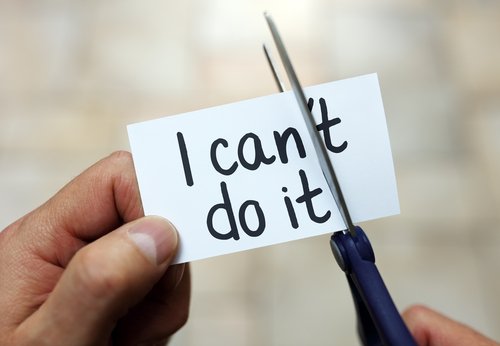 So, I Thought “EGO” Word Can Define It

Basically, Both Are Center Govt. Employees

Grandma Said Ask him about the Money [The Package Of Pay Commission Announced By Govt. For Govt. Employees] that when It will be available For withdrawal In Your Bank Account

My Dad’s Answer:- He’s [Grandma’s Nephew] Just a Child who Posted 2 Years Back In Public School & I Did 24 Years of Service For Govt.

How Could He come To Know About My Stuff …….I’m Senior To Him

That was an “EGOISTIC” Attitude I Guess

This Attitude Simply means that If you’re Aged Then only you can participate in any family Convo. because that’s how you gonna get Experience & I Guess that Matters the Most Here

But You can keep it Secret lol 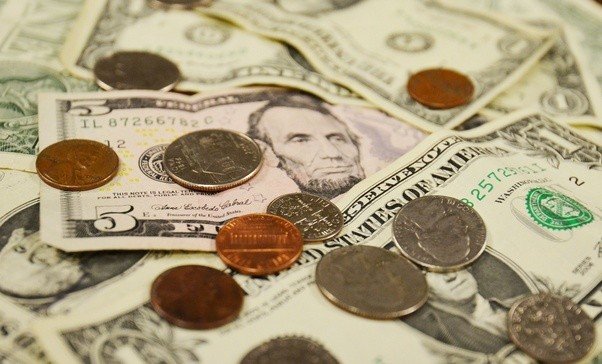 Still, It’s a Big Thing that I have In my head that why our parents don’t support us in our journey

I Told them that give me 2 Years To Do whatever I Want to do in my life — Let me Follow my dreams If I’m not able to do anything in that time period I will do whatever you will say [Govt. Job Preparation I Mean hahhaa]

Still, I’m totally Focused On my Work & Getting Good Results To My clients & they’re on Money hahaha

They need to understand that In today’s Online world you can Monetize anything that you want — So now?

You can even Monetize a DEAD BODY lol 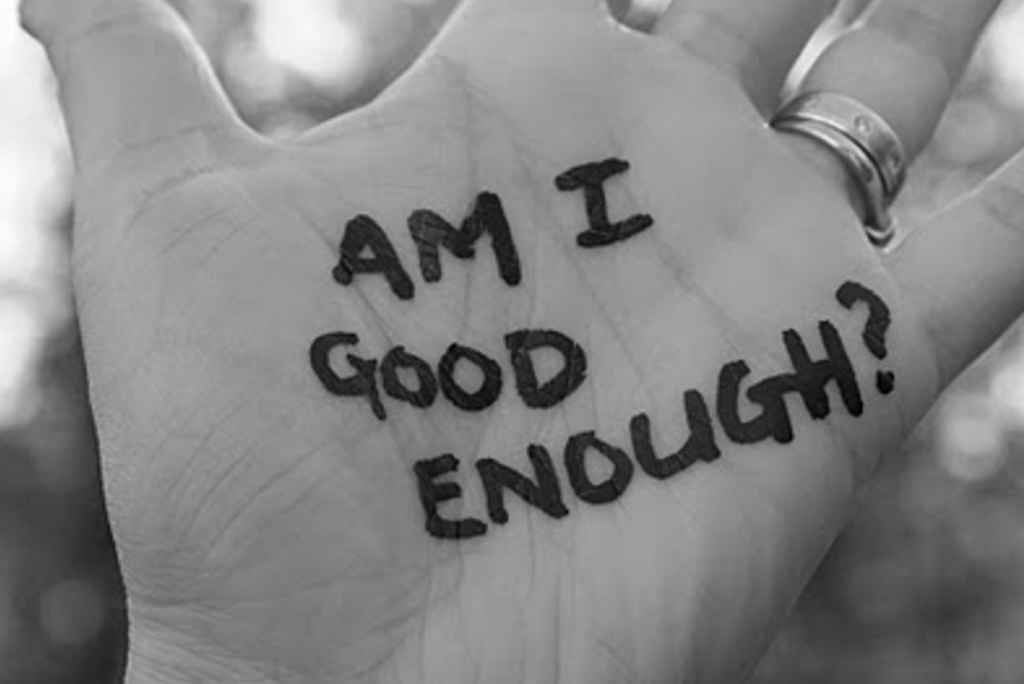 As I Explained Earlier that They always want to Push me To Give a go for GOVT. Job rather than following what I Love To Do

Of course, All parents do have that kind of Insecurity In Their mind but they need to think about it like that — If Sachin Tendulkar Can be an After being Soo “POOR” Financially — Why can’t your ward do the same?

Why Even this Insecurity word Exists In Your mind?

Please SUPPORT THEM — Let Them Shine In Foggy Atm.

#6 — Spending Life Not Living It 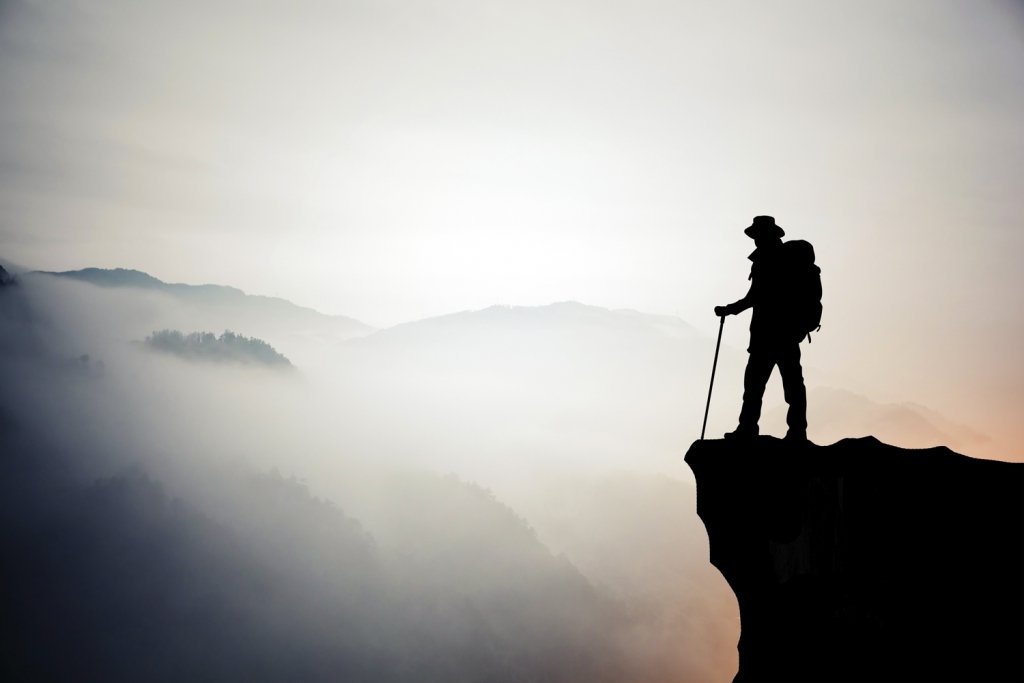 We had “NO WEEKENDS” hahaha

Because Philosophy Of My Family is to “MAKE MONEY SAVE MONEY” — Neither they think about investing it back or at least Living a Joyful life where we go out “OUT” for dinner at least Once a Week But “They Make This Plan Several Times & At last, It’s Better To Cancel It”

#7 — Caring Too Much About Society Rather Then Themselves 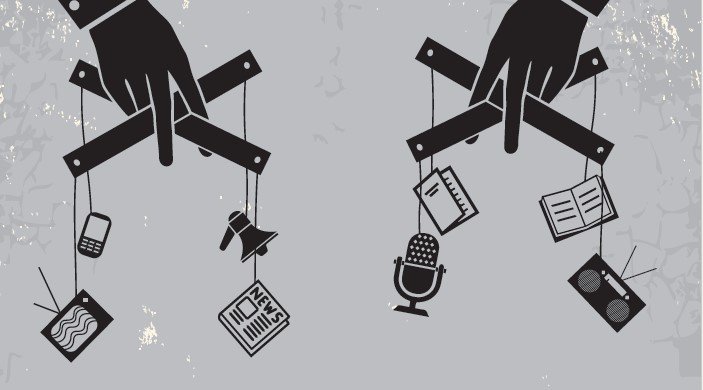 Whatever did Society Suckers say WHY do you have to care about it?

I’m sure that it can’t change their mind but for a second it impacts their feeling that really sucks because after that they start talking their way & an Invitation Was Given To Trouble.

She Was like — My Dad Said That You Should need to Try For Govt. Jobs Because of All this Blah! Blah! Blah! Society Stuff

I Was Do You Love It?

Me: hahahhaah That’s Good Than You Should Need To Give It a Try

I Didn’t the main Point Over Here

Let me Ask you something — Does Your parents have to Work or You Need To Work?

Why can’t you choose what you love doing?

[NO Offense Against Parents]

NOTE: Choose What You Love Doing NOT What Your Parents 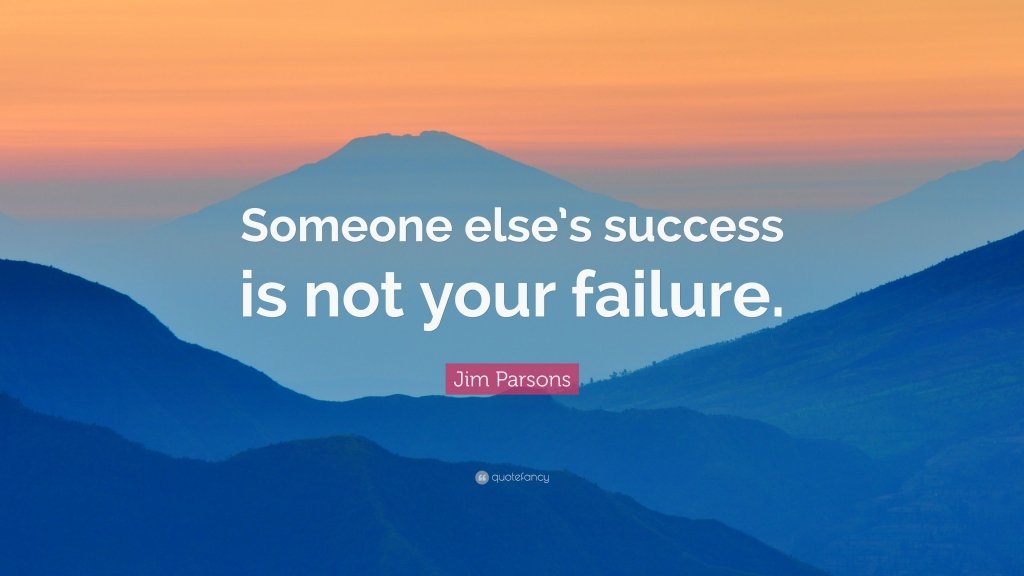 It’s Good You haven’t Made a lot in your life But It’s Also Good to accept that someone else made way more than you in terms of money, good living, good house, etc.

If someone is selling products online and made “Millions” from that Putted-in that Money on Building a House than How they did it by doing in-legal things?

Seriously I don’t get these things till now & I don’t even know about your parents at all but these are things that I Observe In my parents very specifically.

It’s a good Acc. to them But Not Acc. to me and I Really Hate Pushing someone Else Forward for My bad Stuff.

#9 — Talking About People Rather Then Ideas 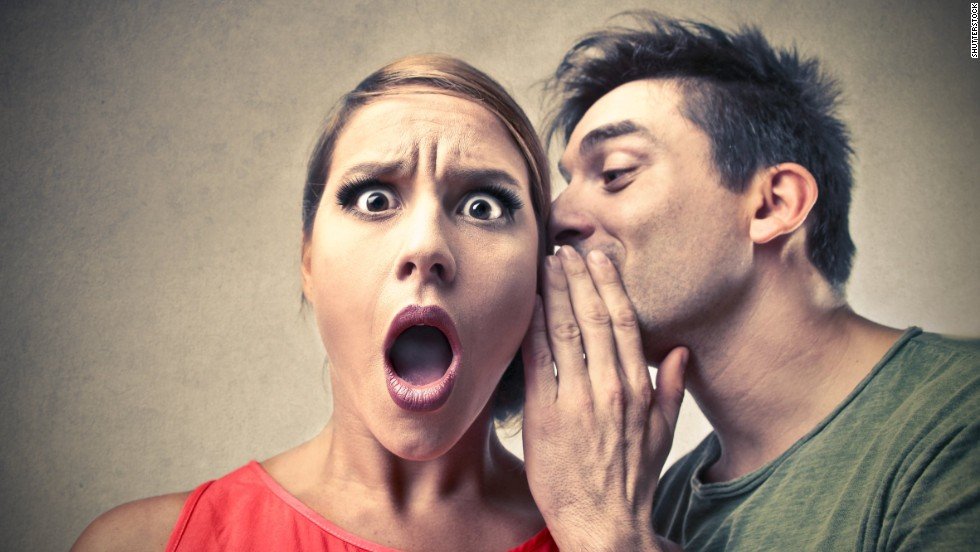 I have Seen this a lot of Times that each & every Time My Parents and Family members love to talk about People Rather than Ideas or business stuff because that’s what they Love doing.

On a Personal Level, I Hate It Very much Because That’s not how You gonna Grow yourself.

#10 — Listening To Bad Stuff Of Elders Even They’re Wrong 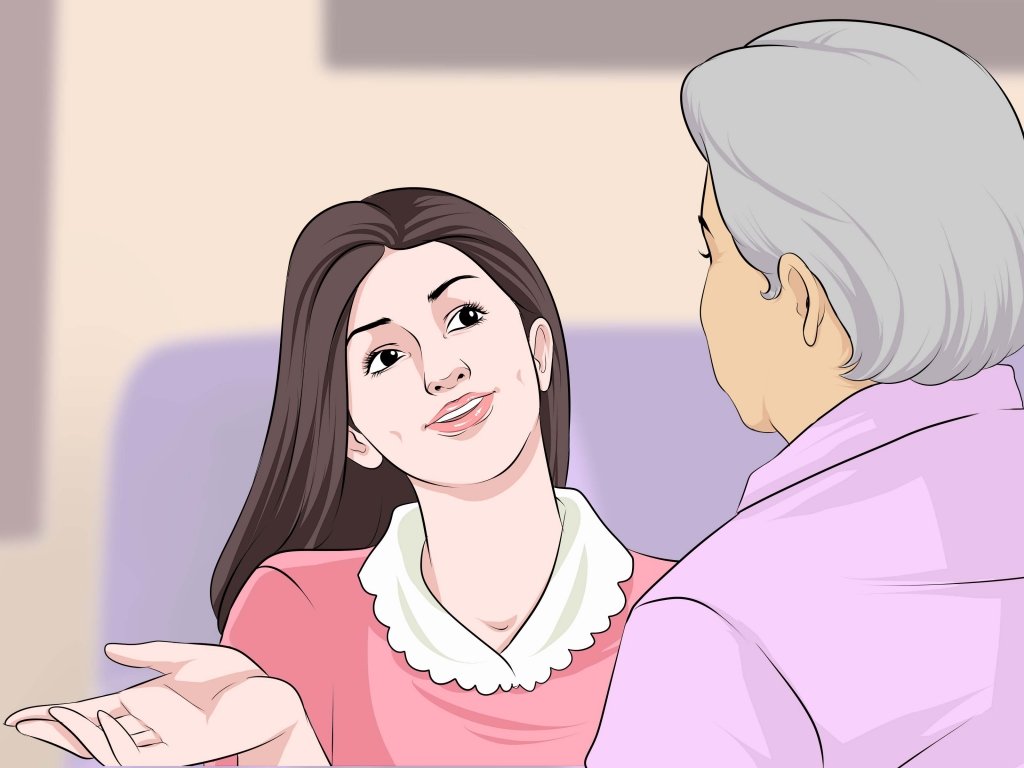 This Happened Multiple Times Infront of me in my Childhood & I Really Don’t Like all these kind of Stuff.

Because Most people say like that We RESPECT them and that’s why We Listen Quietly to there Bad Stuff/Bad Words and That’s Fuckin makes me Crazy.

If Someone is going wrong than just simply tell him he’s doing this or that Wrong whether it’s your Mom/Dad or someone who Is 40 Years Elder Than You.

If you gonna Stop & Consume That Shit Content Than You’ll Not Be Going To Grow my Friend and You Definitely Need to Come out of it.

I’m not Against Parents Over Here — I’m Just Against The Wrong Stuff That they Usually Do and We pretend That They Are Always Right Because They Are Your PARENTS.

It’s Good to Love your Mom/Dad Enough But Its Scars the Fuck out of me to Support Them with Bad Words or Something Wrong that They Are Accepting because of That Stuff Gonna Build-up Over the Time and Your Whole Family Including you going to face the Negative Effects of that Stuff.

Think About It & Be On the Practical Side 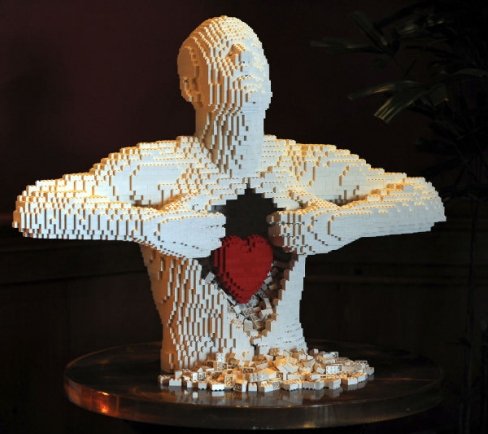 Let Me Tell You Something.

I Have Seen this In My Family That If My Sister Of My Father Is Saying Something [Even Something Really Bad] to My Mom Than My Won’t Reply Her In the Same Tone & I don’t Get It — WHY?

That’s Not how this world Works & We Need to Understand It.

There are many Issues In which I have Seen My Parents Not Even Speaking About It To Someone Even Not Saying Anything To Anyone If Even They Said Something Wrong.

Because They Care Too much About Relations and I Really Hate It to the depth because that’s not how we need to Operate in Life.

It will Make Us Weaker Rather Than Making Us Strong. 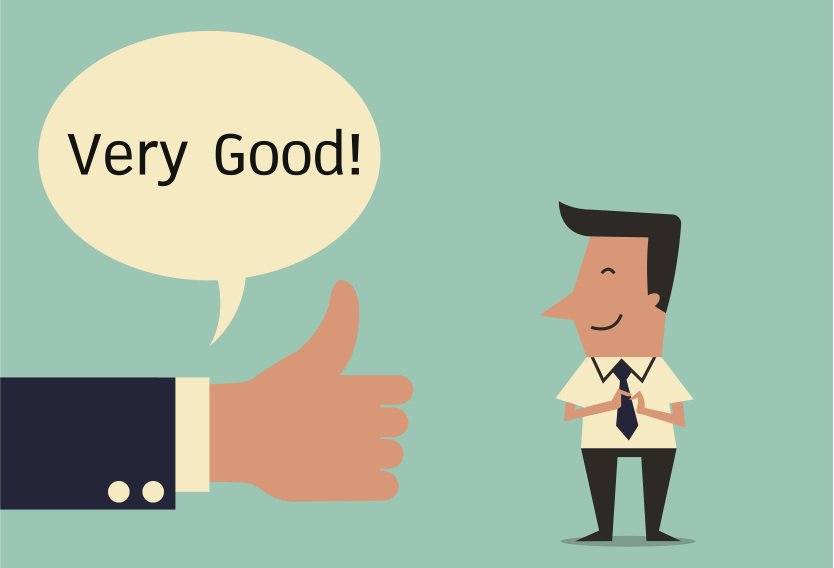 Everyone needs Appreciation for everything that they do — Especially for the Specific things they did In a Really good way.

I need Appreciation TOO & I didn’t get enough of it from my parents But Don’t Complain about it because I found a way to appreciate myself for the small-small achievements.

But I just wanna say You Need to Appreciate Your Kids For Even Small Things To Make Them Understand the Value of Things Rather than The Price.

“VALUE IS WHAT MAKES US MORE POSITIVE & DIFFERENT”

Giver it a Try it works? 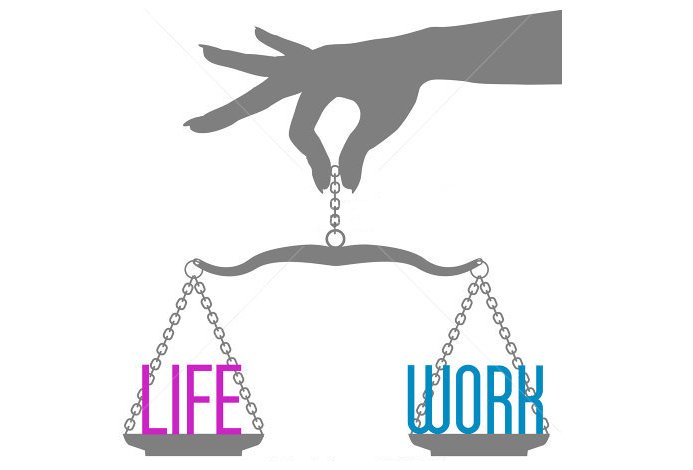 My Dad Use to Do This A lot

He Gets Frustrated From his Office and He Use To Shout On Us For Slowing Down the Anger that Was built-up In the Office and He Took the same Attitude at Home.

Keep the things of Office at Office and Move Towards Home with a Different mind-set Otherwise You gonna Loose Many things in the Growing-up Period.

Don’t ever mix Your Professional and Personal Stuff.

About the Author: Rahul