Persistence – A Poem About A Water Spring And Rock

The story of the little water spring and a rock

I want to tell about here is the interpretation of another poem from the Iranian poet Mohammad-Taqi Bahar called the “king of the poets.”,it is a powerful story about persistence.

I learned it the same time as the Toil and Treasure ,but I forgot the words of the last part and even searching for years ,I could not find it again ,it disappeared after the revolution in Iran.

Not even an old teacher ,the father of a friend , was not able to find it for me, he only remembered the Toil and Treasure and some other poems . But I know the meaning and the story, it is a story of persistence . 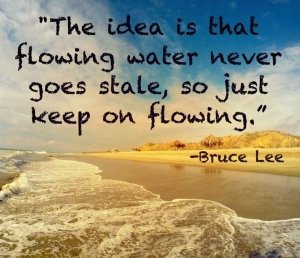 A Poem About A Water Spring And Rock

There was a water spring coming out of a stony mountain slope, and it had the dream to become a river and reach the sea and become one with the big ocean. In the poem, it was referred to the spring as a boy.

The spring started to flow down the stony mountain slope, happily jumping over little rocks and had fun. All of a sudden it got stopped by a big rock which was in his way.

Very polite it asked the rock to give way. The rock said : “Boy ,who do you think you are to tell me to give way to you ? I did not even jump  when the big flood came and washed everything away and now you little boy want me to jump out of your way for ? ”

The spring did not get discouraged by his harsh words and started to find and dig his way around the rock ,it took a while and it was hard work, but finally, he was able to carve his way around the big rock and continue his journey. 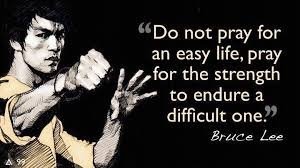 He had many obstacles on his way, but he alway was thinking of a solution and got better and better in this and learned a lot.  If there was not  a straight way he tried around, above, or even to go underneath.

Sometimes it seemed as if  he can’t flow anymore and had to stop to get more power again.

But at the end, he reached the dream goal.

The poem said ,whatever happen on your way ,may people tell you , it is not possible , you can not do it, you are not powerful enough, do not listen, be not discouraged.

If necessary even take a step back to make a leap.

If you are persistent and work hard ,you always will reach your dream.

I hope you liked the story of this poem .

The intention is to encourage and give an uplifting message.

Persistence brings you to your dream 🙂