Why Is The Law Of Attraction Incomplete ? What is being left out?

Is the Law of Attraction Incomplete?

The law of attraction is incomplete without the other universal laws.

Many people have studied the law of attraction, which is broken down into various individual parts. There are some big truths to mentally focusing on what you want. 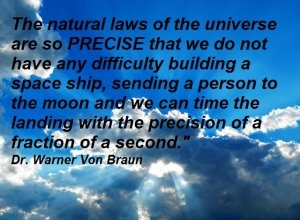 Why Is The Law Of Attraction Incomplete?

Some say the law of attraction is incomplete. What is being left out?

Instead of just focusing on energy from thoughts, goals, dreams, confidence, and everything else involving knowing what we want, the law of attraction requires”action.”

Action is needed  to make the law of attraction work

While the action is part of the law of attraction in general, it is often forgotten these days. People these days focus more on the energy that comes from focusing thoughts. They still “act” on them, but often don’t recognize it is necessary to take action for what they want. It is not enough only to focus and imagine there are many other energies and laws which have to be understood. All in this universe works together.

These days often we hear about the entanglement theory. Everything is connected not only particles. We have to unlearn what we have learned. The universe does not work like machinery, everything vibrates, nothing is at rest. This is an ancient truth and today quantum physics and spirituality slowly come together.

Why are people not getting what they want?

Millions of people use the law of attraction, as it is thought in courses and books, so why are people not getting what they want?
Of course, it’s not that simple, but taking a look at individual situations would cause to realize there is a need for a bigger call to action. There are other universal laws as well we need to know about and use.

The Law of Attraction is not a primary law.

People also get a vision of what the Law of Attraction is through the media. In this way, it’s often watered down with all kinds of other things.

What is the original intention or rule of the Law of Attraction?
According to Earl Nightingale, it’s a simple fact that what people think, they become. This brings us to the law of thinking one of the most important laws.

Whoever is interested in studying this deeper may read the Hermetic Principles, Kybalion or the Vedas.

Whenever I have read any part of the Vedas, I have felt that some unearthly and unknown light illuminated me.-Henry David Thoreau,

After the conversations about Indian philosophy, some of the ideas of Quantum Physics that had seemed so crazy suddenly made much more sense.”W. Heisenberg, German Physicist

“When I read the Bhagavad-Gita and reflect about how God created this universe everything else seems so superfluous. I have made the Bhagavad Gita as the source of my inspiration and guide for the purpose of scientific investigation and formation of my theories”Albert Einstein

One of the laws is the law of Thinking.

According to people studying the Law of Attraction, there are many parts that people forget. Without the other universal laws, the law of attraction doesn’t work for them as well, and many give up. 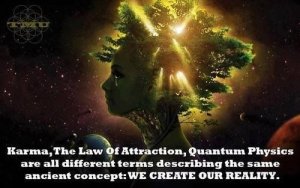 Why Is The Law Of Attraction Incomplete?

In many ways, the Law of Attraction brings out many other of life’s questions.

Notice how people think when the economy is going well, and then think about the chaos when it’s not. When they think of maybe losing the job?

The Law of Attraction would bring by practicing the law well, through both of these times.

Incorporated into the Law of Attraction are forgotten laws.

There is the Law of Forgiveness, the Law of Increase and more. The Law of Receiving, for example, if your subconscious mind is not ready to accept what you want to attract and you feel undeserving, you are wasting your effort. If you do not create a space for receiving with the Law of Sacrifice the Law of Receiving cannot work. Each of these laws is based upon a principle and eternal truth.  When it is applied, it works according to the laws by which the universe is created. By these laws, our existence was created, including all of the universe, and all life. Everything that exists in nature, the universe, obeys those principles.

“the Universe exists by virtue of these Laws, which form its framework and which hold it together.”-Kybalion

The Laws are Mental in nature, not Material, and simply Mental Creations of THE ALL. Those Laws which THE ALL intends to be governing Laws are not to be defied or argued away. So long as the Universe endures, will they endure–for the Universe exists by virtue of these Laws which form its framework and which hold it together.-Kybalion, the Devine Paradox

Fully understanding the many aspects of the Laws is vital to making it work nobody can reap anything with partial benefits. The challenge is understanding and blending the various Laws together.

Why is the Law of Attraction incomplete?

It is not working without attention to the other universal laws and people are unaware of its true potential. Life can be intimidating, and the Law of Attraction helps people if they include the universal laws and focus on important things to create a better life. and in my opinion, it needs Faith and practicing the Spiritual Principles of Success

Read here about The Law of Thinking

Watch the video below, it is the very best explanation.

See also The “Magical” Science Behind The Law of Attraction