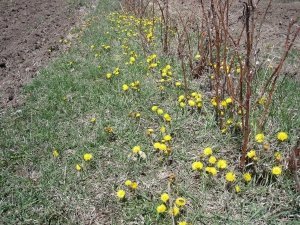 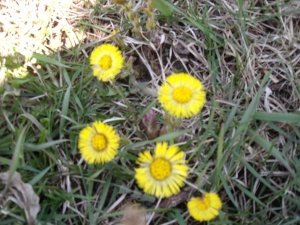 One of the first wild flowers in Spring is the yellow flower of Coltsfoot.
Often People mix it up with the Dandelion flower ,but Dandelion blossoms after it has leaves.
Looking more close the difference can be seen.
Coltsfoot has first flowers and one month later big softs leaves appear.
This plant is all good for problems with the respiratory system.
We collect the flowers to make a very good tea against cough.
Last year I had a friend here and he had problems for weeks with
cough ,I made him a cup of Coltsfoot flower tea and when he left after an hour
he felt much better, He took some of the flowers with him and told me after only one day the cough was gone. 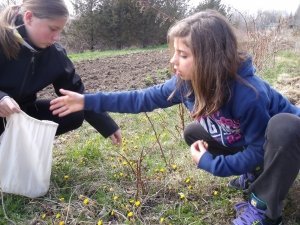 It is good remedy against cough, bronchitis and asthma.

The Coltsfoot leaves are good for skin problems ,they kill bacteria ,stop bleeding and inflammation.
The juice of the fresh leaves in a warm milk are beneficial for asthma and bronchitis .the juice dropped in to the ears it works against earache.

Inhaling the steam of the leaves or flowers good for shortness of breath. By swollen feet helps a bath with a tea of the leaves.
Here in our region people often have a tickle in the throat and cough in fall ,I think it comes when the Goldenrod blossoms ,the tea of coltsfoot makes the tickle disappear.
Coltsfoot grows everywhere even in very poor soil . I planted some near the house and the kids like to collect them. They like the tea with honey.
Do not plant them in a small garden ,they will overtake it ,growing very fast.

The dry leaves burned ,it is said,causes prophetic dreams and vision .

People looking for a romance should wear the leaves as a necklace or sprinkle them
around the house.
The Coltsfoot has the first wild flowers , they  are edible can be added to a salad and taste similar to licorice or anise.

Did you see this first  flowers ?

Did you know how beneficial Coltsfoot is  ?