A Thank You And Appreciation To My Comment Authors

Thank you and Appreciation

I wanted to thank all my Comment Authors for the kindness and the awesome comments. I did not do this for quite a while and thought it may be a surprise.

Our young poet Satyananda Sarangi created especially for all of you a new poem.

He too wants to say thanks again for the encouragement.

We are grateful for all of you.

Thanks to Enstine Muki for making this possible. 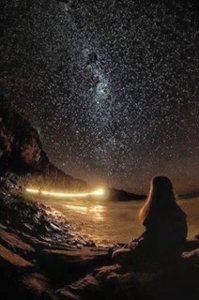 My gaze upon the starlit sky,
to see a flash, a flash of light,
only if it comes by once more,
inspiring me to keep going with the fight.
The dead speak to me,
of the mistakes they did when alive,
and the living men don’t show up,
having not an advice piece to give.
And it seems enough a clue,
that brooding upon a past much,
I least care for the present,
letting it slip from my clutch.
In tandem, hope and despair play,
do I know what they mean?
maybe a legend of the future they’re building,
from worldly misery, one who is clean
Satyananda Sarangi

see more about him here

Thank you and Appreciation

Total Comments on this blog in September/October 2015